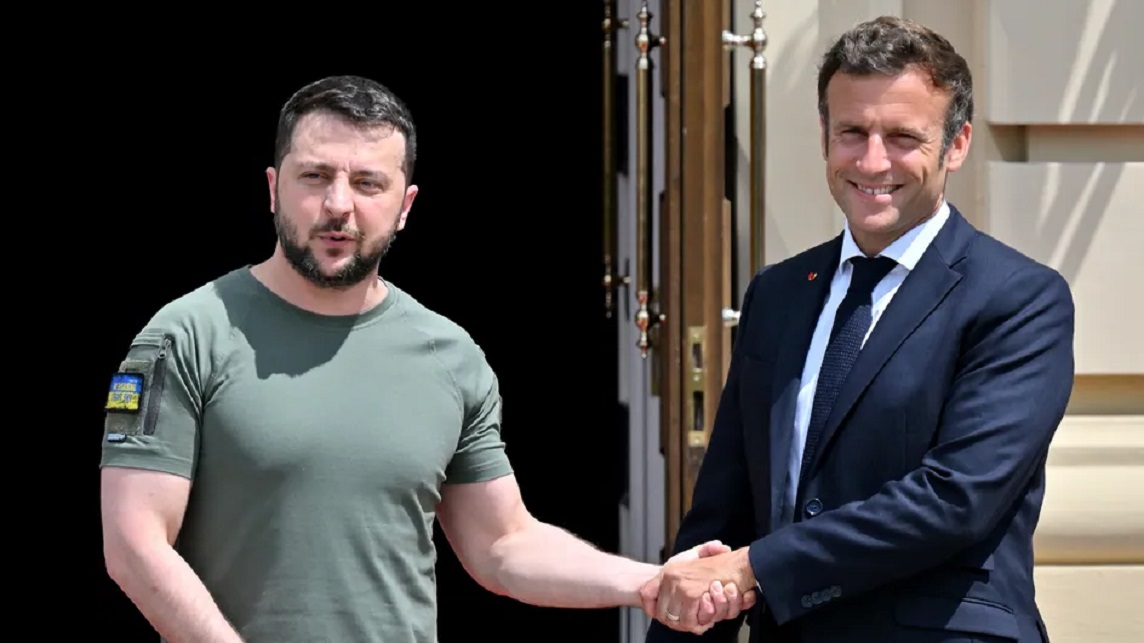 The Elysee intends to better coordinate emergency aid to kyiv and already invest in the huge project of rebuilding the country. 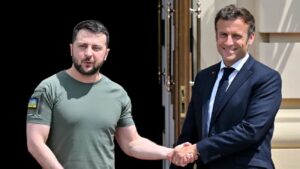 A day of meetings to help Ukraine “today and in the future”. This is how the Elysée Palace describes the cycle of conferences organized on Tuesday, December 13 in Paris, in the presence in particular of Emmanuel Macron and Ukrainian Prime Minister Denys Chmyhal. As usual since the start of the Russian invasion, Ukrainian President Volodymyr Zelensky will speak by videoconference from his country at war.

This day aims to better organize humanitarian aid while preparing the ground for French companies wishing to participate in the reconstruction of the country, ravaged by the fighting against the Russian army. Here’s what we know about the event and the expected announcements.

Meetings at the Quai d’Orsay and Bercy

Tuesday is due to start with a meeting called “Solidarity of the Ukrainian people”, before giving way to a conference “For the resilience and reconstruction of Ukraine”, the Elysée announced on Friday, December 9. The opportunity to “explain the needs of Ukraine” to humanitarian donors, before talking about cooperation with French companies. This event is organized on the initiative of Emmanuel Macron, who intends to respond to the “requests” of Ukraine formulated “in the summer of 2022”, assure his advisers. The Head of State had announced the holding of this event on November 1, after having met with his Ukrainian counterpart.

Two places have been chosen to host these meetings: the Ministry of Foreign Affairs in the morning, then the Ministry of Economy in the afternoon. As for the participants, the Elysée confirmed the presence of Emmanuel Macron, “who will open each of the two conferences”. As Bercy explains, the Minister of the Economy Bruno Le Maire will also speak, after having received Denys Chmyhal, the head of the Ukrainian government. Ukrainian President Volodymyr Zelensky will speak by videoconference. His wife Olena Zelenska, who has become a shock diplomat and is visiting Paris on Tuesday, should also participate in the events, “if her schedule allows it”, hopes the Elysee.

An online portal to coordinate aid

This is one of the big announcements expected at this summit. France will propose the establishment of a system called “Paris mechanism”, in order to better coordinate the humanitarian aid brought to Ukraine by Westerners in particular. Concretely, it will be an online portal allowing donors to know “in real time the needs of Ukrainians”, explains the Elysée. To avoid duplication and support “more effectively” the population, “each donor can indicate how much he contributes to these needs”.

Four priority themes are on the agenda: water, food, energy and health. The first conference thus aims to mobilize the international community to support the Ukrainian population “in an emergency”, and thus provide “financial or in-kind aid which will have to arrive in Ukraine before winter”, insists the presidency. Representatives of 47 States and about twenty international institutions are due to take part in this first meeting.

The discussions will take a bilateral turn Tuesday afternoon in Bercy, in the presence of around 500 French companies “which have expressed an interest” in the reconstruction of Ukraine. Five thematic round tables are planned by the government to address cooperation in infrastructure, agrifood, energy, digital development and health. On this occasion, the executive expects “the signing of contracts” that Bercy intends to secure with export guarantees amounting to 1.2 billion euros. “The objective of this conference is to link the needs of Ukrainians to the know-how of French companies”, summarizes the Ministry of the Economy.

Even if no sign for the moment suggests a ceasefire in Ukraine, France intends to set foot in the country’s reconstruction site, in the short and then in the long term. “We are talking about tens of millions of inhabitants who continue to live, notes the Elysee. Some areas have already been evacuated by the Russian army and need to return to normal daily life. Real estate, roads, agriculture, telecommunications, data storage… No area will be forgotten, promise the organizers of this conference.

In the event of the return of peace, France hopes that its companies will establish themselves permanently in Ukraine. “It is not a question of rebuilding the country as it was before, we are assured at the Elysée, but of rebuilding better.” A project estimated at several tens of billions of dollars, which is already attracting a good number of foreign companies, American in particular. And that the Europeans hope to lead in large part. But “the idea is not to hold a new Yalta conference to share the Ukrainian market with the United States”, defends the Elysée. Officially, this event should also reinforce support for Ukraine in the idea that one day, if its candidacy is accepted, the country could join the European Union.