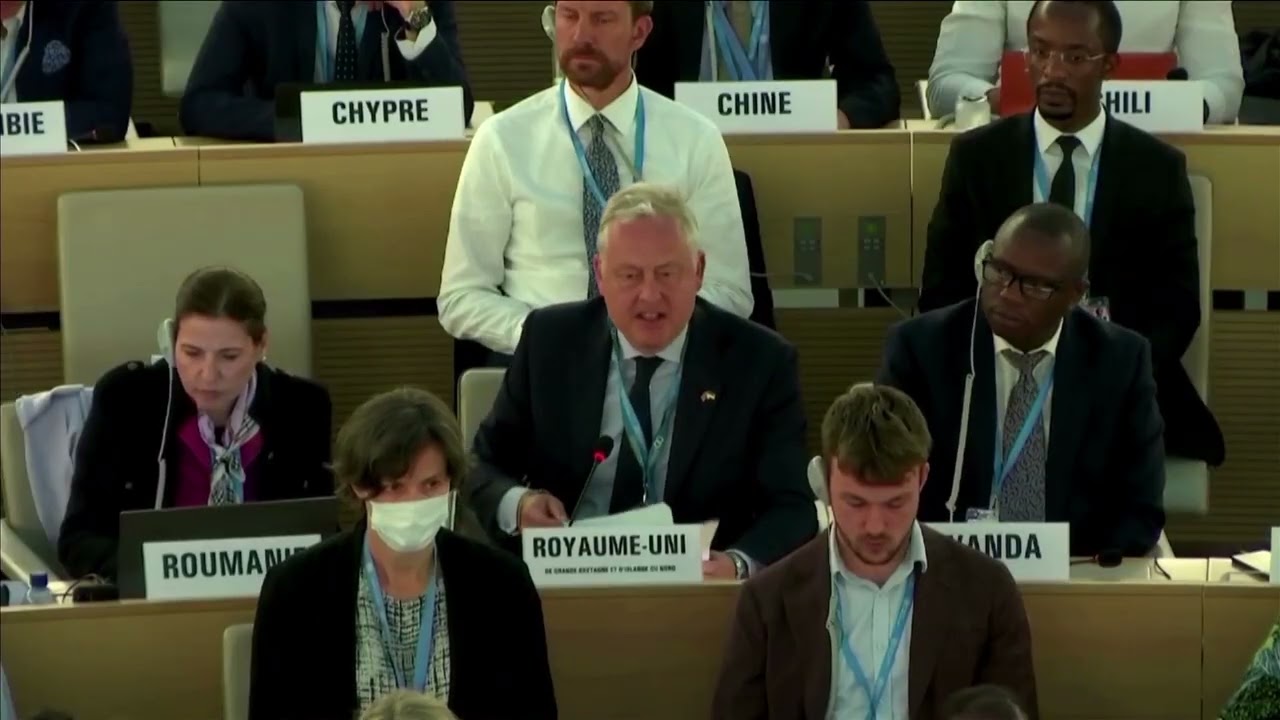 The UN General Assembly was scheduled to discuss Russia’s annexation of four Ukrainian regions, but the deadly Russian air attack on several cities in Ukraine, including Kyiv, would overshadow the emergency session’s discussion; Secretary-General Antonio Guterres, who was seen here on September 20 at the United Nations, strongly condemned the Russian move
United Nations (United States) (AFP) – Ukraine denounced Russia as a “terrorist state” at an urgent meeting of the United Nations General Assembly on Monday following recent attacks on its neighbor, as Western powers sought to underscore Moscow’s isolation.

The United Nations called the debate to discuss Russia’s declared annexation of four partially occupied Ukrainian regions, but the controversy was overshadowed by strikes on Kyiv and other cities in one of the most brutal attacks on Ukraine in months.

“Russia has proven once again that this is a terrorist state that must be deterred in the strongest possible ways,” said Sergei Kislitsya, Ukraine’s ambassador to the United Nations, in his opening speech, adding that his immediate family was attacked.
“Unfortunately, you can hardly call for a stable and rational peace as long as there is an unstable and crazy dictatorship in your vicinity,” he added, telling member states that at least 14 civilians were killed and 97 wounded in the attacks.

In response, the Russian Vasily Nebenzia did not directly deal with the missile strikes, but defended his country’s annexation of the Ukrainian regions.
“We are accused when we try to protect our brothers and sisters in eastern Ukraine,” he said.

The decision to bring the question of annexation before the General Assembly, where each of the 193 UN members has one vote – and no one has a veto – was made after Russia vetoed a Security Council meeting on September 30 to block a similar proposal.
The vote is expected to take place no later than Wednesday.
“We do not and will never recognize the so-called illegal ‘referendums’ orchestrated by Russia as a pretext for this further violation of Ukraine’s independence,” said Silvio Gonzato, the EU representative, who helped draft the text.

Police experts examine the damage in central Kyiv after several Russian strikes in the Ukrainian capital and across the country on October 10, 2022
The resolution condemns Russia’s “illegal annexation attempts” of the Ukrainian regions of Donetsk, Luhansk, Zaporizhzhya and Kherson after the “so-called referendums”, and stresses that these actions “have no legitimacy under international law.”
It demands all states, international organizations and agencies not to recognize the annexations, and demands the immediate withdrawal of Russian forces from Ukraine.
In response to the decision, Russia wrote to all member states in a letter attacking “Western delegations” whose “actions have nothing to do with the protection of international law and the principles of the United Nations Charter.”

Under these circumstances, Nebenzia said, the General Assembly must vote by secret ballot – a highly unusual procedure usually reserved for matters such as electing rotating Security Council members.
– ‘A little despair’ –
But Albania advanced against the secret ballot, winning with 107 votes, 13 against, and 39 abstentions. Russia subsequently lost an appeal to the lawsuit.

President Vladimir Putin will be in the spotlight while the United Nations discusses Russian aggression in Ukraine, including deadly air strikes against Kyiv and other cities.
Guterres himself has openly denounced the annexations as “inconsistent with everything the international community is intended to defend,” he said.
“It has no place in the modern world. It must not be accepted.”

During last month’s Security Council vote, no other country sided with Russia, although four delegations – China, India, Brazil and Gabon – abstained.
Some developing countries have complained that the West is devoting all of its attention to Ukraine, and others may be tempted to join in this week.

The vote will provide a clear picture of exactly how isolated Russia is. Given the high stakes, proponents of the project do their best to win over potential abstainers.
On Monday, Ukrainian diplomat Dmytro Kuleba issued an appeal to African countries, telling them: “Neutrality will only encourage Russia to continue its aggression and malicious activities around the world, including in Africa.”