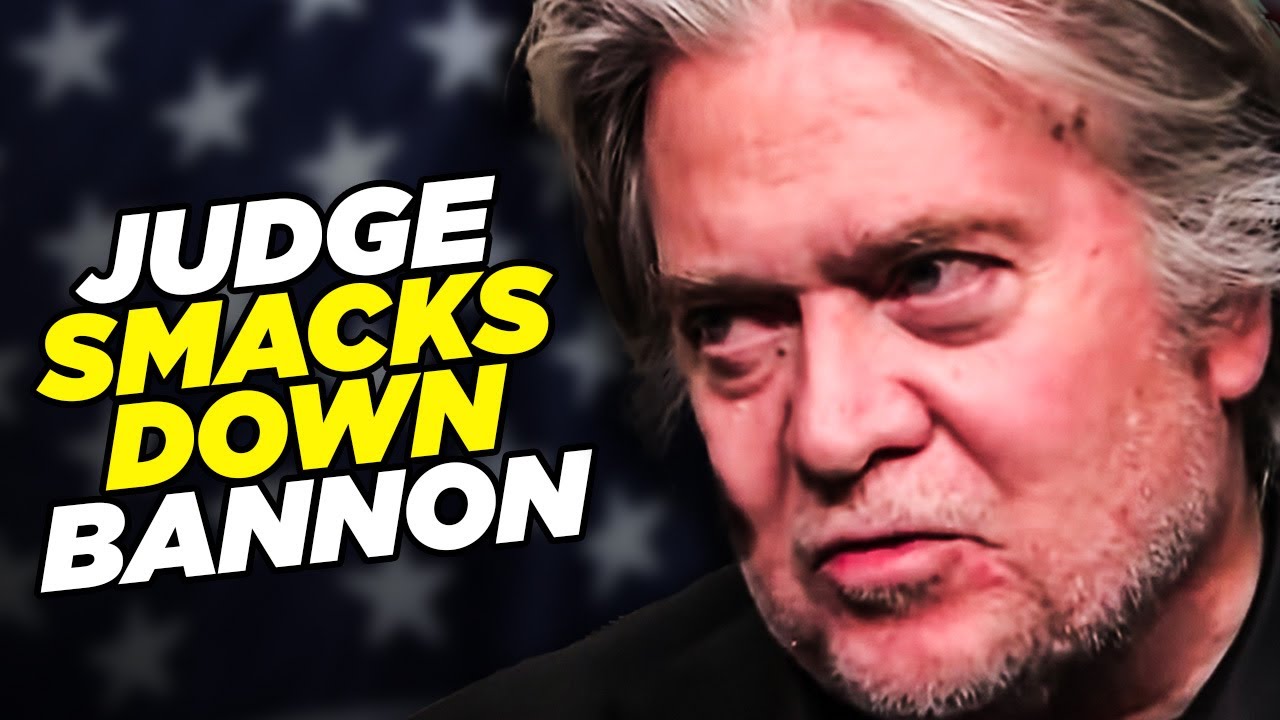 Steve Bannon’s attorneys tried to get a judge to delay the upcoming trial in New York for the We Build The Wall fraud scheme, but the judge didn’t seem to care about their arguments. The lawyers claimed that they are apparently just too swamped to deal with the discovery coming from the government. But that is their problem – not the problem of the judicial system, and they’re going to have to figure it out. Ring of Fire’s Farron Cousins discusses this.

Steve Bannon’s lawyers went to court this week trying to get a judge, actually the New York, uh, uh, Supreme Court to delay the investigation into Steve Bannon. They don’t want to have to go to trial. They don’t wanna have to put any briefs out. They said they needed 10 months. And the reasoning these lawyers gave, the two lawyers that Bannon has hired, listen to this, we’re both solo practitioners. There’s no possible way we can review the materials in three months, which is how long of course they had been given.

You got three months to go through four terabytes of discovery that prosecutors have put together, basically four months to review all of the documents that we’ve already gone through to basically show that your client is guilty as hell. They said, Well, look, we’re just a single, I’m a single lawyer in my firm. This guy’s a single lawyer in his firm. We’re just so swamped we can’t do this. We need 10 months.

and Supreme Court Justice won merchant on Tuesday, rejected the claim by Bannon’s attorneys that they need 10 months to review. The more than four terabytes of data that prosecutors have produced in discovery 10 months is just not within the realm of reality. He said, giving the defense four months instead 10 months, totally outta the realm of reality. If it takes you 10 months to go through that much data, then you’re just horrible at your job.

And let’s talk for a minute about this argument of, Oh, we’re just solo practitioners. We don’t have the time. Um, y’all know who goes through the documents first, right? It’s the staff, right? It’s the paralegals, it’s the other legal employees at the firm. The lawyers aren’t sitting there going through 100% of it. The second it comes in, there is a process. Now, most lawyers will go through almost all of it, but they have their other people, the other employees, cuz you have to have those in a law firm.

It’s not just one guy with a desk in a building. They go through it and weed out the. That’s their job. and we don’t need, find me what they call the hot docs, right? The big ones, the damning quotes, the damning evidence, all of that kind of thing.

Highlight it and then bring it to me, the lawyer. That’s how these things work. So these lawyers are absolutely, you know, not being forthright with the judge when they’re like, Well, it’s just me and it’s just him. And what do we do? You do what every other law firm in the country does, and you have your staff do it, and then you go through the stuff that is deemed important. Now for the record, all of this, of course, is involving the, we build the wall fraud scam where the group raised $25 million, built three miles a border wall, and then used the rest of the money to, uh, buy a boat, a 2018 Land Rover, Range Rover, a

Golf cart, jewelry, cosmetic surgery, and other items. I didn’t know the cosmetic surgery was on there. And it’s not just Bannon who did that. It’s also the, uh, co-founder Brian Colage, who pleaded guilty to this back in April. So because he pleaded guilty, he, of course, um, I believe he does not have his Fifth Amendment rights. Bannon has pleaded not guilty, but he did accept a pardon on the federal level for this fraud. And the pardon on the federal level is the same of his as an admission of guilt, which means he didn’t have his Fifth Amendment rights.