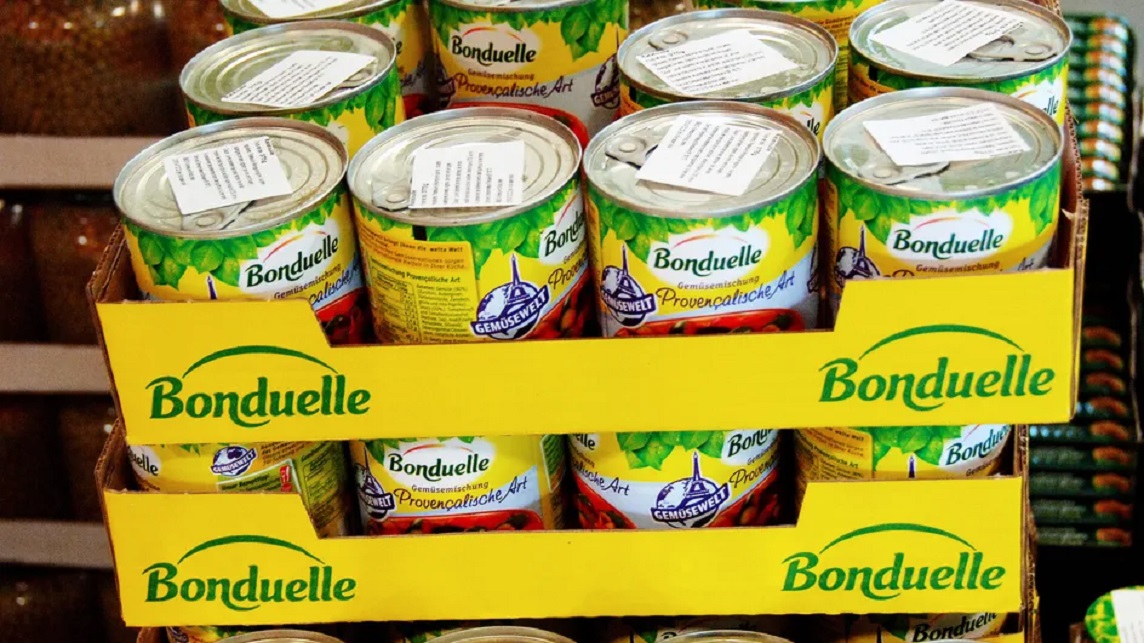 The French company denies this, but it acknowledges that its subsidiary in Russia supplies the local Food Bank, which has already distributed packages to soldiers mobilized on the front. 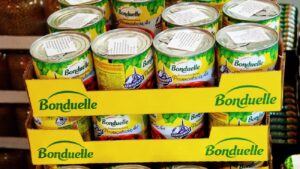 Cans of Bonduelle corn and peas with a message in Russian: “Dear soldier! Happy New Year! We wish you the best and a quick victory!” The photos shared on social networks, Friday, December 30, set fire to the powder. Already criticized for the continuation of its activities in Russia, while many Western companies left the country following the invasion of Ukraine, here is now the French company accused of supplying its canned vegetables to Russian soldiers who fight Ukrainian troops.

Some Internet users even take pictures of the brand’s products thrown in the trash, with the slogan: “#BoycottBonduelle“. Does the French canned food manufacturer supply the Russian soldiers on the Ukrainian front?

French company @Bonduelle_Group is still doing business in 🇷🇺, but now they sank even lower – the head of Bonduelle in 🇷🇺 Ms. Eliseeva said they sent 10000 holiday boxes with canned corn and peas to the 🇷🇺 military at the frontlines, and wished them “a speedy victory” 🤬🤬🤬 pic.twitter.com/rIiJgxJqm1

The post and photos causing the controversy were published on December 30 on the Russian social network VKontact, on the Yartsevo Live page, which publishes local news about the city of Yartsevo, located 300 kilometers to the west. from Moscow. This post was quickly deleted, but it remains viewable on the Archive* website. As for Bonduelle, the company claims not to have contacted them.

The published message claimed that Bonduelle had provided food parcels for some 10,000 beneficiaries who are taking part in the “Special Military Operation” (the name chosen by the Kremlin to designate the war in Ukraine). Two photos accompanied this post. On the second, the cans are held by a person dressed in camouflage pants and a white and blue sailor top, a telnyashka. A typical outfit of the Russian uniform. However, it is impossible to say that it is indeed a Russian soldier. Furthermore, no information is provided as to where or when the photo was taken.

Bonduelle claims to be “victim of ‘fake news'”

In this post, the authors also attributed to the French company a position of support for the Russian army. “The company itself has stated that supporting our advocates is an integral part of corporate social responsibility,” it read. The Yartsevo Live publication also quoted Ekaterina Eliseeva, director of Bonduelle Eurasia, the French company’s subsidiary in Russia. The authors of the post credited him with this statement: “Wishes for a quick win are now just as important as the food packet itself.”

Bonduelle was quick to react. In a press release published on Twitter on Saturday December 31, the group “denies the information disseminated about it on Russian social networks”. “The information as well as the declarations attributed to the Bonduelle company and its management are totally false”, assures the press release.

“The quotes attributed to Ekaterina Eliseeva are ‘fake’, the packaging in the photo is ‘fake'”, defends the company. “It’s not our presentation, it’s not how we do it. We don’t do this type of packaging”, assures the group.

The company also defends itself against criticism of its decision to maintain its activity in Russia. This choice has “the sole objective of ensuring the population’s access to essential foodstuffs”, she argues. Bonduelle currently has three active factories in Russia, in Novotitarovskaya, Timashevsk and Shebekino, according to its Russian website, bonduelle.ru*. Three towns close to the Ukrainian border.

Some Internet users point to the past of the leader of Bonduelle in Russia. In an interview given to the Russian edition of Forbes* magazine in 2019, we learn that Ekaterina Eliseeva studied translation at the Academy of the FSB, the Russian intelligence services, from which she graduated in 1995.

So, if the company is telling the truth, and assuming the photo is genuine, how could Bonduelle cans have ended up in the hands of Russian soldiers? Internet users point to the “Baskets of Goodness” operation, in which Bonduelle participates, like many other companies in Russia. On December 21, Bonduelle Russia was promoting this charity operation on its Telegram* channel.

“This is a donation of canned goods to the Russian Food Bank, which organizes these collections,” argues the group. In Bonduelle’s post on its Telegram channel, we can actually read that this operation was launched “in 2015” by “the Russian Food Bank” and that it aims “to provide socially vulnerable people with a set of basic products “.

However, posts on Russian social networks*, as well as articles in the Russian press*, report that collections organized within the framework of Operation “Baskets of Goodness” were also used to collect New Year’s gifts for Russian soldiers mobilized in Ukraine. Bonduelle acknowledges that it cannot be categorical about the destination of its cans once donated to the Russian Food Bank. “We give the canned food to the Russian Food Bank, after which it takes care of the distribution. We don’t know how to trace the canned goods once they have been donated.”