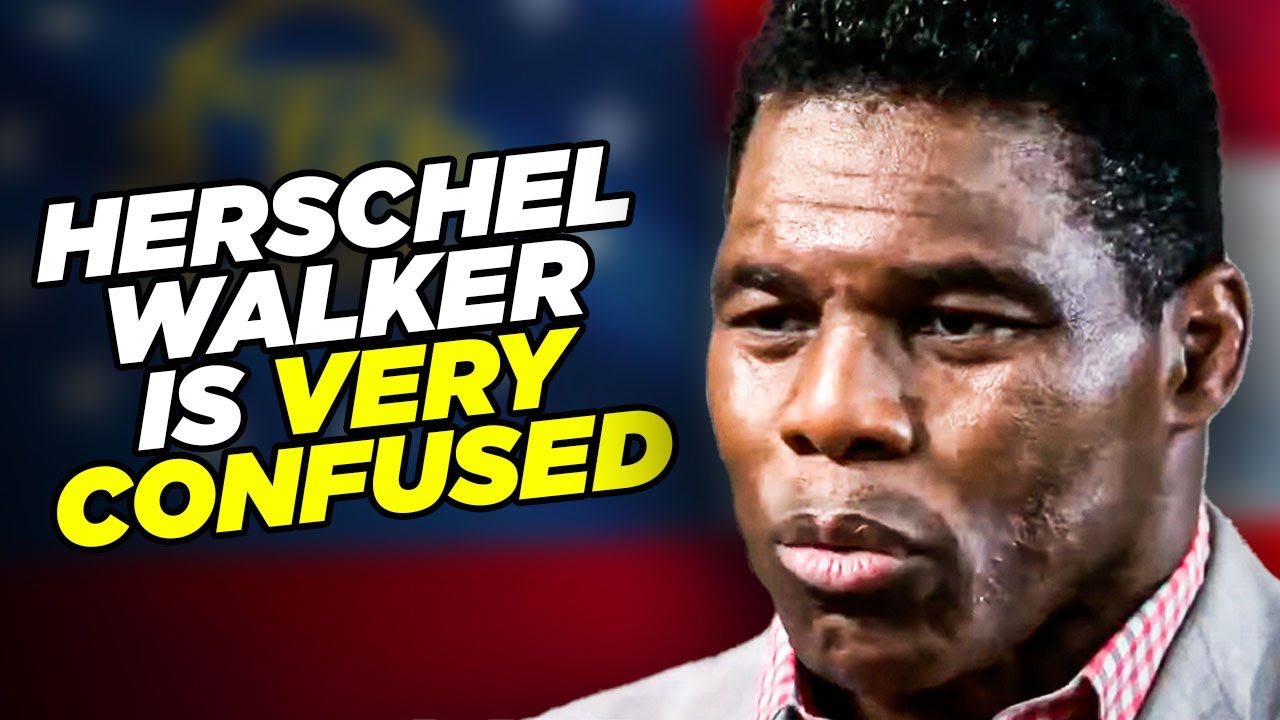 Herschel Walker has now admitted that he wrote the $700 check to his ex-girlfriend, but he swears he didn’t give her the money to pay for – or reimburse her for – an abortion. Then what was the money for? He sent her a “get well” card, so he obviously knew what was going on, and the fact that the media didn’t hammer him for that response is absolutely disgusting.

In an interview on the Today Show this week, Herschel Walker admitted that, yes, he did write that ex-girlfriend, that $700 check, but he swears up and down that check was not to pay for an abortion or to reimburse her for getting an abortion. He just did it. Yeah, I guess he’s not sure why, but here is the video. Herschel Walker admitting, That’s my check. Take a look.

This is still a lie because she’s the mother of my child, so you’re gonna see me a check of somebody giving a check so that I’m saying it’s a lie. Do you know what this $700 check is? I have no idea what that can be for. Is that your signature on the check though? Oh, let me see. It could be and but it doesn’t matter whether it’s my signature or not. Yes, that’s my check.

So either Herschel Walker knew that he was eventually gonna knock her up and decided, You know what? Let me go ahead and give you 700 bucks now so you can pay for that when it happens. Or he’s lying through his stupid teeth and he knows exactly why he gave her the $700 check along with the Get Well Soon card. This is not Rocket Science folks.

It doesn’t take Albert Einstein to figure out what the hell is going on here. Herschel Walker continues to lie to the American public, but worst of all, and this is what really me off about it, we know the guys a liar. He’s lied about every facet of his frigging life. Why didn’t the reporter push back? Did the reporter not know that Herschel Walker’s other kid with this woman at the time didn’t even exist?

Or did she just not care? Because there should have been some pushback by that reporter. Sometimes you have to get a little adversarial to get the truth out of people or to call them out when they are lying to your face, which is exactly what happened in that interview. Herschel Walker didn’t just lie to the country. He looked that woman in the eye and lied to her face

And no pushback. None. That’s what’s me off the most here. You know, it took people on Twitter, by the way, to point out that when he says, Oh, I gave it to her for the other kid, people on Twitter had to point out. That kid was like, not even, he was several years away from being born. They’re the ones who busted it.

A good producer, a good reporter, a good somebody in the control room should have been in her ear saying, Hey, that kid, uh, was born three years after the check was written. That’s what it would’ve taken. This is a colossal failure of the corporate media. We know Herschel Walker’s lying about all this.

We’ve known that again, he’s lied about every part of his life, but for the media to allow these lies to go on the air, on the Today Show, it’s not like he was talking to Sean Hannity where of course they’re not gonna push back. This was the Today Show. Huge audience, and they just got fed a lie. And I hope to God that the Today Show gets out there this week, corrects it, calls him out for it. Otherwise, this is journalistic malpractice and there should be no faith in any corporate media after this if they don’t get out there and correct it immediately.