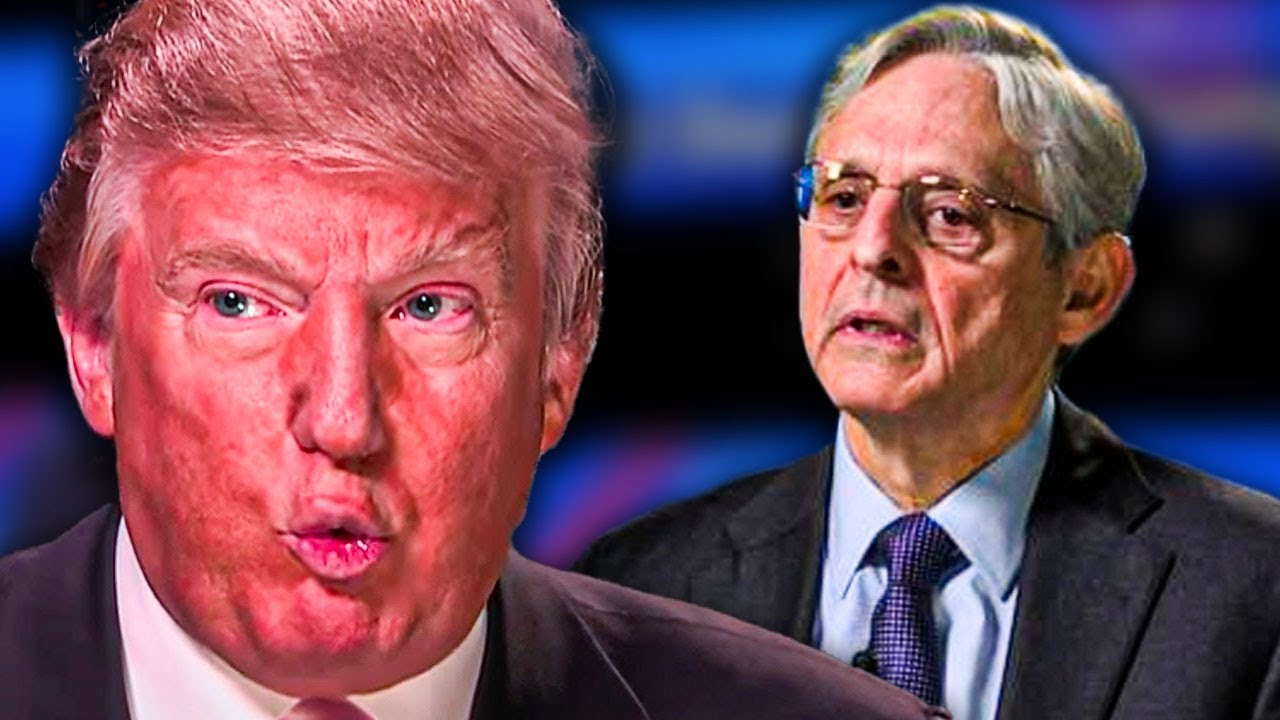 Attorney General Merrick Garland is being urged to take some kind of action – possibly even issuing a warning – as Donald Trump says that he will defy a Congressional subpoena. Trump made his intentions crystal clear with a 14-page response to the subpoena on Friday, but reports say that he’s actually much softer on the idea behind the scenes. Either way, Garland needs to use force to make this happen.

During last Thursday’s January 6th committee televised hearings, they voted unanimously on that panel to issue a subpoena to Donald Trump to come on down to the committee and have a little chat with us so that we can know what you know, and just hear what you have to say about everything that we’ve been talking about for months now. And on Friday day after they voted to issue this subpoena, Donald Trump issues a 14 page scathing response to the committee, although it wasn’t actually 14 pages because it was only like three pages of written stuff at all.

The rest of it was just a bunch of like footnotes and links to, to right wing websites, uh, that he thinks, you know, of course bolster his claims of election fraud. But the part that was written out in this 14 page response, once again, doubled down on the big lie, talked about, Oh, the election was stolen. I’m the rightful president. You guys are engaging in a witch hunt just like you did with Russia, Russia, Russia. But it gets to one point, and I wanna read this because this one really stuck out to me.

This memo is being written to express our anger, disappointment, and complaint that with all of the hundreds of millions of dollars spent on what many consider to be a charade in witch hunt, and despite strong and powerful requests, you have not spent even a short moment on examining the massive election fraud that took place during the 2020 presidential election and have targeted only those who were as concerned American citizens protesting the fraud itself.

This committee, and, and I can’t believe I even have to say this, this committee has not spent hundreds of millions of dollars. They haven’t spent a hundred million dollars. I don’t even think they’ve spent 50 million at this point. So I don’t know where Donald Trump pulled that number from, but I guarantee you that that is apparently a talking point among the right. Like, go, they’re spending hundreds of millions of dollars to it. No, they’re not. They’re literally not.

But even if they were, wouldn’t that kind of be okay? I mean, we are talking about an attack on the capital building here in the United States. You know, we’re talking about thousands of people engaging in domestic terrorism. If you have to spend a hundred, 200 million to really get to the bottom of that, you know what, I’m gonna be okay with that. I, I’m, I’m not gonna throw up any roadblocks.

You can do that because I think it’s important that we get to the bottom of it. But anyway, they haven’t spent even nearly that much. But Trump wants people to think they have so that he could pay in it as a total waste. But his statement again, like, we’re angry, we’re mad, we’re disappointed.

Basically what he’s telling us is that I’m not gonna show up. You know, So, okay, you’re not gonna show up. So merit Garland, do your thing. Right? That’s what legal experts, and of course just your average everyday Democrats out there in the United States are calling for right now.

Saying, Okay, hey, merit Garland over at the doj, they’ve got a subpoena. While they’re gonna gonna have a subpoena, As far as I know, that hasn’t actually been issued yet, but they’re gonna subpoena him. He’s already saying he’s not gonna do anything about it, so maybe you need to do something about it, right? And in this particular instance, yes, there is nothing that shields Donald Trump from not having to comply with a congressional subpoena, not a thing on this planet that shields him from complying.