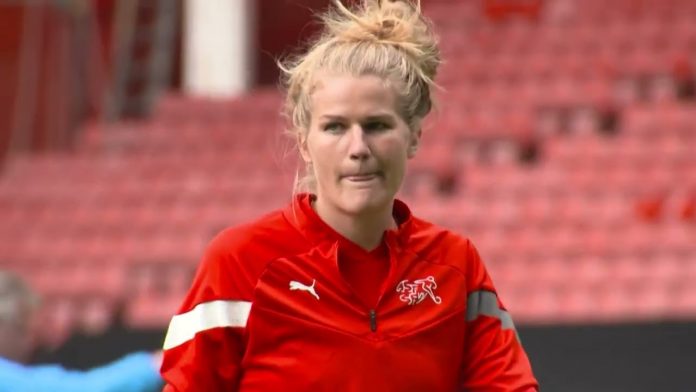 In 2020, women in Switzerland, on average, received approximately 35% lower pensions than men

GENEVA (AFP) – Switzerland voted Sunday on a number of issues, including a ban on factory farming and a pension reform that would raise the retirement age for women.
After attempts aborted in 2004 and 2017, Bern is hoping to get enough votes to “stabilize” Switzerland’s old-age security system, under pressure as life expectancy rises and the giant baby-boom generation reach retirement age.

The most controversial part of the reform would require women to work until age 65, the same as the current retirement age for men, before receiving a full pension. They are currently dropping out the previous year at the age of 64.

Parliament approved the key measures, which include a sales tax increase, last year, but left-leaning parties and unions denounced the reform “on women’s backs” and pushed the issue to a referendum under Switzerland’s direct democracy system.

– Gender pension gap –
While proponents of the reform argue that retiring men and women of the same age is not unreasonable, the move has drawn significant opposition, especially from women.
Opponents argue that women face significant discrimination and a wide gender wage gap in Switzerland, which means they receive significantly lower pensions than men.
They argue that it is unfair to increase the retirement age without addressing these issues first.

In 2020, women in Switzerland received, on average, about 35% lower pensions than men, according to the Swiss Economy Ministry.

Surveys suggest, however, that Swiss voters, who have twice rejected government pension reform plans, have warmed to the idea, even as the war between the sexes is escalating.
In a recent Tamedia poll, 55 percent of respondents endorsed it. The findings said that while 70 percent of men supported the reform, 58 percent of women opposed it.

The animal rights and welfare organizations behind the initiative want to make protecting the dignity of animals such as cattle, chickens or pigs a constitutional requirement.

“We believe that animal agriculture is one of the defining problems of our time,” the animal welfare group Sentience, which introduced the initiative, said on its website.

The new requirements will also extend to imports of animals and animal products.
The government and parliament oppose the initiative, insisting that Switzerland already has among the strictest animal welfare laws in the world.

Under current legislation, farms can keep no more than 1,500 fattening pigs, 27,000 fattening chickens or 300 calves, essentially ruling out the kinds of massive factory farms seen in other countries.

– Farmers exhibited –
Bern warned that tightening these rules would raise prices significantly, while the import clause could affect relations with trading partners.
Such arguments seem to have convinced a growing number of Swiss, and recent polls have put the “no” camp ahead. Farmers are skeptical and opposition is higher in rural areas than in cities.
The Swiss will also vote on a number of regional issues, including a vote in the canton of Bern that could lower the legal voting age from 18 to 16.
Most people vote in advance in the referendums and referendums in Switzerland that take place every few months. On Sunday, polls will only open for a few hours before closing at noon (1000 GMT).
Preliminary results are expected in the early afternoon.