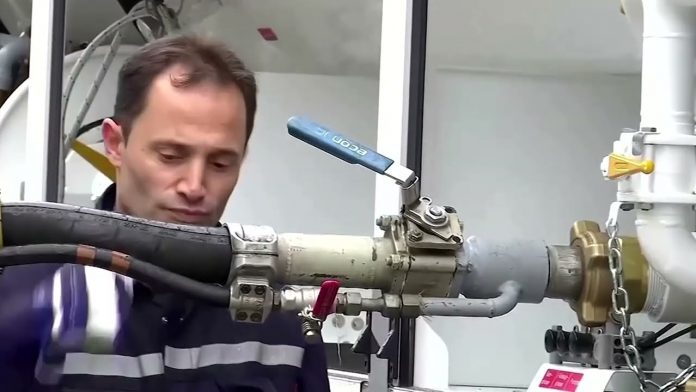 Berlin (AFP) – Berlin on Friday took control of the German operations of Russian oil company Rosneft to secure energy supplies that had been disrupted after Moscow’s invasion of Ukraine.

The German Economy Ministry said in a statement that Rosneft’s German subsidiaries, which account for about 12 percent of the country’s oil refining capacity, were placed under the tutelage of the Federal Network Agency.

“The administration of confidence will face the threat to the security of energy supplies,” she said.
Chancellor Olaf Schultz said his government “did not take this action lightly but it was imperative” in order to “protect our country”.

The seizures come as Germany struggles to wean itself off Russian fossil fuels, while Moscow has halted shipments of natural gas to Germany via the Nord Stream 1 pipeline.

In a statement on Friday, Rosneft denounced the move as illegal and “a violation of all fundamental principles of a market economy.”
She added that the company is studying all possible measures to protect its shareholders, including taking legal action.

– ‘Sufficient supply’ –
Concerns have been rising particularly for PCK Schwedt, which is close to the Polish border and provides about 90 percent of the oil used in Berlin and the surrounding area, including Berlin-Brandenburg International Airport.

Economy Minister Robert Habeck told a news conference that the region could “find itself in a situation, because of the refinery at Schwedt, where securing supplies is no longer a foregone conclusion”.

Refinery operations were disrupted after the German government decided to reduce Russian oil imports with the aim of stopping them completely by the end of the year.
By controlling the sites, German authorities could then run refining operations using crude from countries other than Russia.

New supplies of oil were shipped to Schwidt through the northeastern port of Rostock, with plans to also tap into imported supplies through the Polish city of Gdansk.

The government plans to “strengthen” the pipeline between the Schwedt refinery and Rostock, while pushing discussions with officials in Warsaw about creating a link – an option that has not been available “as long as any profits could go to Rosneft, to Russia,” Habeck said.

“There is a good chance that there will be sufficient supplies of oil for the refinery to continue operating,” Schultz said.

Already in early April, Germany took an unprecedented step to temporarily take control of the German subsidiary of Gazprom, after a mysterious transfer of ownership of the company sounded alarm bells in Berlin.

– Power earthquake –
The Russian war in Ukraine caused an energy earthquake in Europe and especially in Germany, where prices skyrocketed as supplies dwindled in Moscow.

Germany found itself deeply exposed due to its heavy dependence on Russian gas.
Moscow has also established its grip on Germany’s oil refineries, pipelines and other gas infrastructure through energy giants Rosneft and Gazprom over the years.

Energy deals with Russia have long been seen as part of Germany’s policy of keeping peace through cooperation with the regime of Russian President Vladimir Putin.

The cheap energy provided by Russia was also key in keeping German exports competitive. As a result, the share of Russian gas in Germany grew to 55% of total imports before the Ukraine war.

But that approach came back to haunt officials in Berlin, forcing the Schulze Alliance to take drastic measures to ensure energy supplies were not disrupted in Europe’s largest economy.
As winter approaches, Germany has launched coal-fired power plants. It is also putting two of its nuclear power plants on standby through April, rather than phasing them out completely as planned by the end of the year.