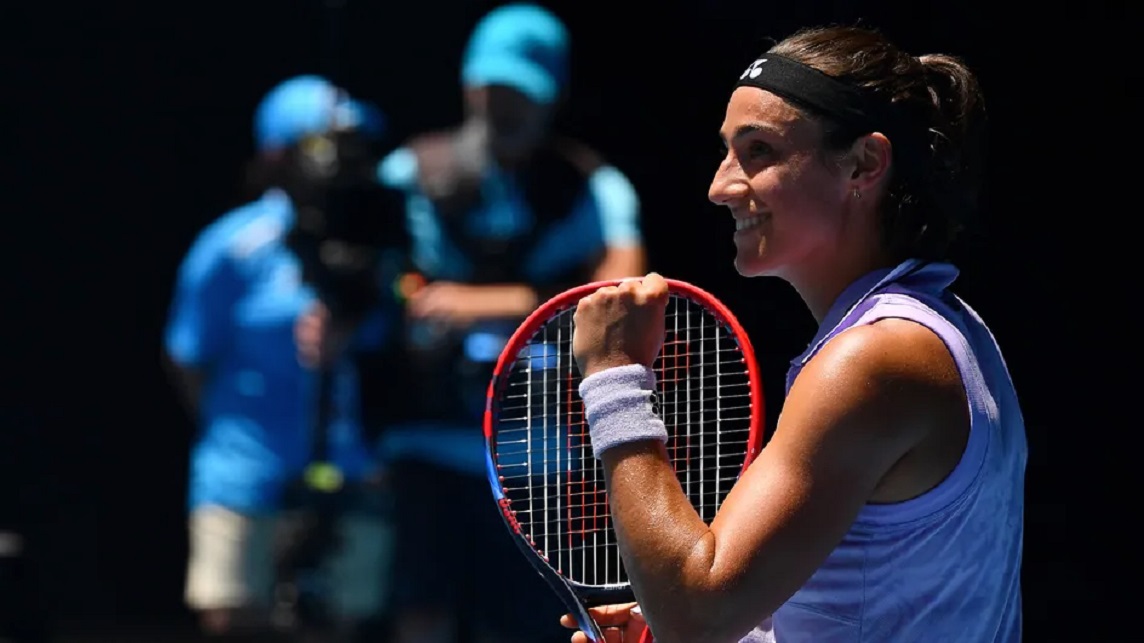 The French world n ° 4 made a perfect entry by dismissing the qualified Katherine Sebov, 190th in the world, in just over an hour. It is however over for Alize Cornet and Diane Parry. 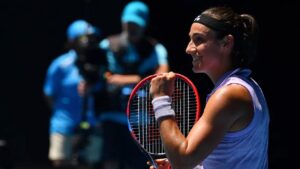 Caroline Garcia during the first round of the Australian Open, January 17, 2023. (AFP)

After a start the day before, which did not really succeed for the French in Melbourne, the Australian Open began its second day, Tuesday January 17. On the courts, Caroline Garcia assumed her favorite status by leaving no chance to Katherine Sebov, 190th in the world, swept away in two sets. Not the same scenario for Alize Cornet and Diane Parry, already eliminated. Among men, it goes for Jeremy Chardy and Benjamin Bonzi.

Several games have been interrupted due to the heat in Melbourne, which is approaching 40 degrees. A so-called “heat wave” rule has been put in place to interrupt games for ten minutes to allow players to cool off, or even suspend these games until the weather conditions are suitable again.

The French: perfect debut for Garcia, Chardy and Bonzi qualified

They were three French women engaged on Tuesday in the first round, but only one will see the second. Caroline Garcia, 4th in the world after her exceptional end to the year 2022, was under pressure when approaching this Grand Slam in the shoes of a favorite for the final victory. And the French absolutely did not tremble, not falling into the trap of Katherine Sebov, qualified and 190th in the world (6-3, 6-0). The winner of the last Masters spent the minimum time on the court (1h06), conceded only three games and was able to settle offensively (22 winning strokes to one). In the next round, another client will already be waiting for her: Leylah Fernandez, finalist of the US Open 2021.

The 20-year-old Canadian, revelation of the 2021 season, abruptly concluded Alize Cornet’s journey (7-5, 6-2). The French, quarter-finalist in Melbourne last year, is already taking the door, as is Diane Parry, who lost to another guest, Taylor Townsend, 135th in the world (6-1, 6-1).

Among the men, after Corentin Moutet and Constant Lestienne, it is the turn of Jeremy Chardy and Benjamin Bonzi to join the second round. Le Pau, who had not played in an official tournament since his defeat in the first round of the US Open 2021 due to complications linked to the anti-Covid vaccine, dismissed the Colombian Daniel Galan, 70th in the world after more than 3h20 of fight (1-6, 7-5, 6-1, 6-4). Benjamin Bonzi, 48th in the world, also dropped only one set against young Mattia Bellucci (21), 152nd in the world from qualifying (4-6, 6-3, 7-6, 6-4).

The standoff: the indestructible Murray eliminates Berrettini at the end of the suspense

Andy Murray may be today beyond the 50th place in the world (66th), he still retains in episodes the rage of “Angry” Murray which had allowed him to win three Grand Slam titles and reach five finals. in Australia. Opposed to Matteo Berrettini in the first round, the Scot finally got the better of the Italian after almost five hours of a huge fight and a match point saved (6-3, 6-3, 4-6, 6 -7, 7-6). Here he is in the second round, as in 2022, where he will face Thanasis Kokkinakis or Fabio Fognini. 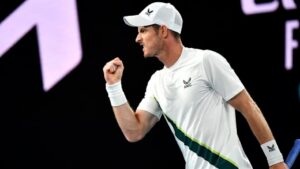 Briton Andy Murray furious during his 1st round at the Australian Open against Matteo Berrettini, January 17, 2023. (AFP)

In the other matches of the day, Andrey Rublev, seeded n°5, did not fall into the trap of ghost Dominic Thiem, beneficiary of an invitation. The Russian shook the Austrian, a finalist in Melbourne three years ago and now 98th in the world, in three well-negotiated sets (6-3, 6-4, 6-2). The last winner at Bercy, Holger Rune, also left no chance to his opponent, Filip Krajinovic (6-2, 6-3, 6-4). It also goes for the No. 8 seed, Taylor Fritz, against Nikoloz Basilashvili (6-4, 6-2, 4-6, 7-5), always difficult to maneuver.

In the skin of information. What you need to know about the “Lions of the Atlas” before France-Morocco