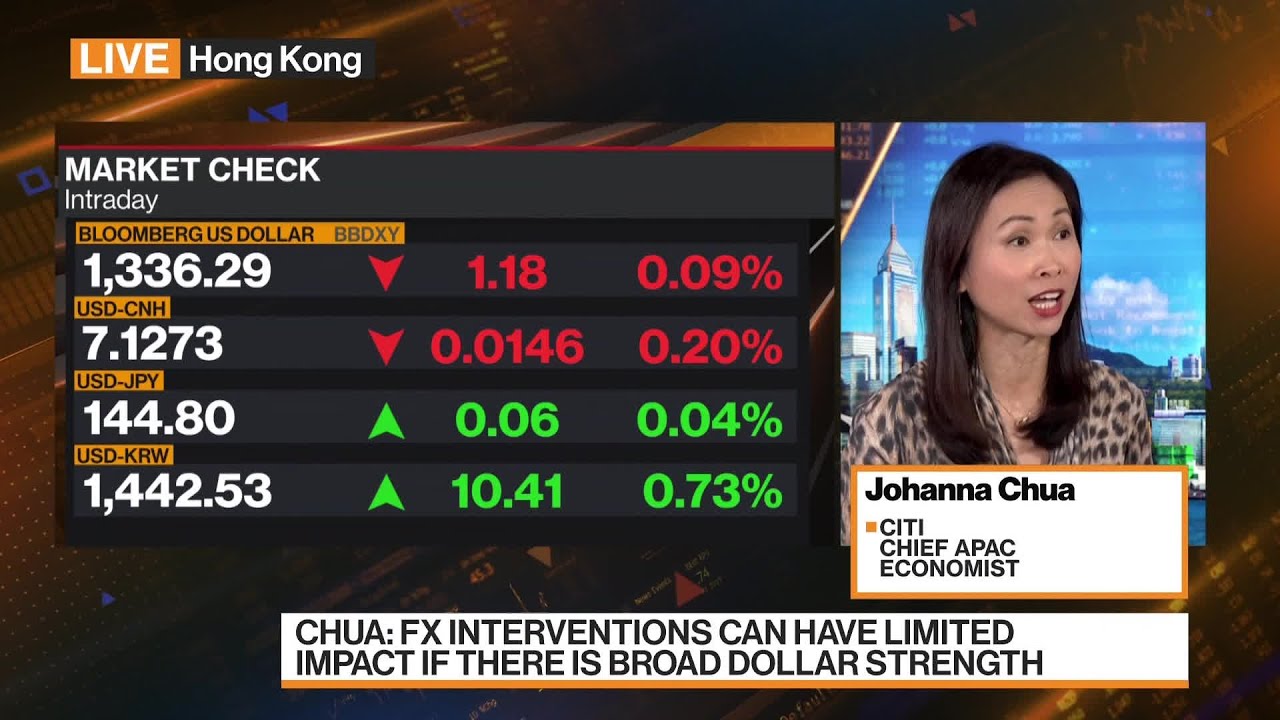 Traders look to Tokyo as the yen dips towards the 145.90 level it touched last month, triggering a massive intervention to support the currency.
Hong Kong (AFP) – Most markets in Asian trade fluctuated on Tuesday as investors grew increasingly concerned that further large interest rate increases would push economies into a deep recession, with mood also deteriorated by the escalating Ukraine war and concerns over the outlook for China.

With a focus on inflation, analysts said that CPI data released later this week will be crucial to the direction of risky assets – another big reading could lead to fresh selling in stocks and a stronger dollar.

Investors had been hoping that the series of bumper rate increases by the US Federal Reserve this year would start to weigh on the economy and slow wild prices, allowing policy makers to slow the pace of monetary tightening.

But Friday’s better-than-expected jobs report highlighted the central bank’s hard work to cut inflation from its highest levels in four decades, and many observers warn that a recession is inevitable.

While the US economy is now holding its own, it has faced several headwinds including higher interest rates, higher inflation, Fed tightening and the Ukraine war, JPMorgan President Jamie Dimon told CNBC.

He added that he has seen a recession in the United States in six to nine months, and that the S&P 500 could fall another 20 percent.
“No wonder investors are entering the week in a gloomy mood, especially as headlines out of

“Of course, the markets are supposed to be looking to the future, but it’s hard not to see the next few quarters bringing in more of the same.”

After another round of losses in New York, Asia once again suffered.
Chip makers globally have received a boost from new US export controls aimed at restricting China’s ability to purchase and manufacture high-end chips with military applications.

The Philadelphia Stock Exchange’s semiconductor index saw its lowest closing level since late 2020, while Bloomberg News reported that $240 billion in market values ​​of companies around the world have been slashed.

Taipei led losses in Asia – a plunge of more than four percent – with chip giant TSMC down 8.3 percent, while massive sell-offs at Samsung Electronics pulled Seoul down 1.6 percent. Tokyo was also sharply lower due to the blow to tech companies.

All three markets were closed on Monday and were reacting to Friday’s US announcement for the first time.

“There is increasing pessimism in the markets now and with some big data points coming out of the US this week, not to mention the start of earnings season…investors may have to prepare for more volatility ahead,” said OANDA’s Craig Erlam.

There was a glimmer of optimism for investors in the comments from Fed Vice Chair Lael Brainard, who appeared to hint at a more cautious tone for policy as the increases have already announced working through the economy.

But Stephen Innes of SPI Asset Management said traders are likely to be cautious in their reaction to the comments.

“With the market put in a ‘fool me once, shame on me, fool me twice, shame on you’ situation, investors must be 100 per cent defensive, erring on classic risk aversion strategies where local conversations lag behind risk,” he said. in a comment.

In the currency markets, the dollar remained king as the US led the monetary tightening campaign, and eyes turned to the reaction in Tokyo as the yen fell towards the 145.90 level that witnessed last month’s massive government intervention.

Sterling was also still under pressure, although the Bank of England unveiled new measures to calm markets rocked by the UK’s budget, saying it would extend its purchases of government bonds.

Covid-19: China is not done with the virus… and with the restrictions