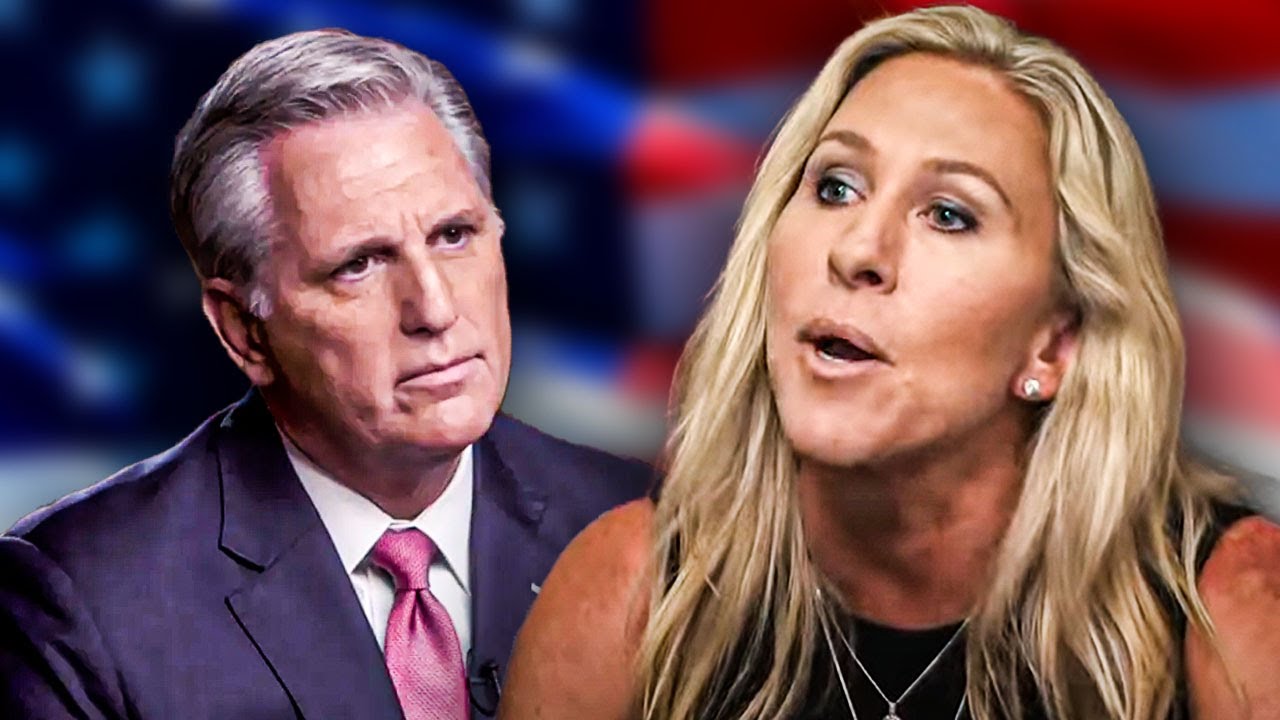 In a recent interview with The New York Times, Marjorie Taylor Greene issued what could easily be seen as a threat against Republican leader Kevin McCarthy, saying that he’d better give her “a lot of power”, or else people would be “very unhappy.” She made certain to say that this wasn’t a threat, but adding that only made it feel even MORE like a threat

In an interview with the New York Times that ran this week, Marjorie Taylor Green issued what I perceive to be a threat against house minority leader, Kevin McCarthy, Marjorie Taylor Green told the New York Times that once Republicans win back in the midterms, win back the house. Uh, Kevin McCarthy, basically, if he wants to keep his, uh, leadership position better, give Marjorie a whole lot of power, or else there’s gonna be some problems, here’s what she said. I think that to be the best speaker of the house and to please the base, he’s going to give me a lot of power and a lot of leeway. And if he doesn’t, they’re going to be very unhappy about it. I think that’s the best way to read that. And, and that’s not in any way a threat at all. I just think that’s reality. So the fact that she says this is totally not a threat, that’s just the way it is.

Like that’s the threat. Marjorie, do you not realize, like, listen, hey, I’m not threatening you. I’m just telling you what is going to happen, that’s like, Hey, if you don’t pay me this money, I’m gonna break your legs. That’s not a threat. That’s literally what I’m gonna do if you don’t do what I want you to do. So yes, I, I I think it’s pretty obvious, at least in my opinion, that Marjorie Taylor Green is issuing this threat to Kevin McCarthy saying, You’re gonna give me all the power I want. You’re gonna give me all the leeway I want to do whatever the hell I want, or you’re gonna have some problems, Kevin, you wanna deal with those problems? You want my people up here causing a scene? Good. So you better give me everything that I am demanding from you. It’s not necessarily blackmail, but I do think to a degree, this could be considered extortion, right?

Not that it’s illegal, but we see very clearly what Marjorie Taylor Green is doing. And we also know that Kevin McCarthy is a coward. Kevin McCarthy wants to have the power in the house, but in order to have that power, he’s going to have to appease people like Marjorie Taylor Green. And we have already seen Kevin McCarthy completely backtrack on the house agenda if Republicans take back the house, right? Six months ago, he was telling newspapers and reporters that we’re not gonna spend the next two years investigating Biden. That’s gonna ensure that we get our asses kicked in 2024.

Freely admitted that’s gonna kill the Republican Party in the 2024 election. But he did it because people like Gates and Jim Jordan banded together and they said, Listen, Kevin, if you don’t do what we want, you’re not gonna be the speaker. I’ll make Jim Jordan the speaker. Matt Gates has said, He has said that repeatedly. So Kevin, if you wanna maintain your position of power, if you wanna be the guy listed for all of eternity as Speaker of the House of Representatives, then you’d better play ball with us. And Marjorie Taylor Green, of course, is now looking at that, that success that her friend Matt Gates had her friend Jim Jordan had, and she’s doing the same thing. You’re gonna give me power,