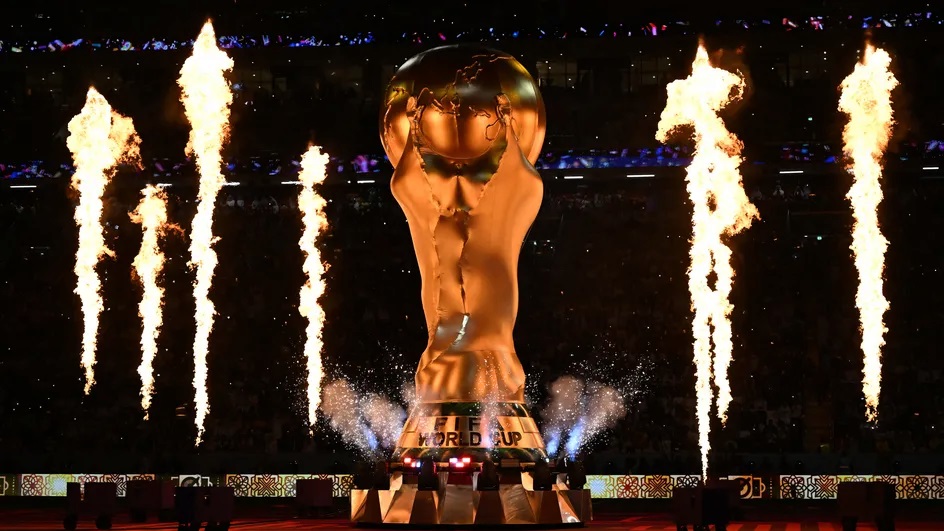 The match between Qatar and Ecuador kicked off the 22nd edition of the FIFA World Cup, following the opening ceremony.

In the corridors of the Al-Bayt stadium, thirty minutes before the kick-off between Qatar and Ecuador, Abdulrahman is delighted. The 23-year-old Qatari is not a football fan, has no plans to attend any other matches in the competition, but wanted to be there for the first game and the opening ceremony of the 22nd Cup of the world, Sunday, November 20. The thirty-minute show won him over: “It allowed us to show our culture to the whole world.”

To launch its World Cup, which is also intended to be that of the Arab-Muslim world, Qatar has given itself the means of its ambitions. Meeting was given in the middle of the desert in Al Khor, 50 kilometers north of Doha. A stadium in the form of a Bedouin tent, used by the nomadic populations of the region. Al-Bayt (“the home”) will therefore have hosted the first match of the World Cup and tried to convey, as the International Football Federation (Fifa) and the Qatari government wanted, the values ​​of openness and hospitality of the emirate.

This is the central message carried by the opening ceremony, after the Frenchman Marcel Desailly deposited the World Cup trophy at the edge of the lawn. The first minutes of the ceremony saw light shows and traditional dances recalling the culture of the Gulf, preceding songs in the languages ​​of the 32 nations represented at this World Cup. Gathering was the key word in Al Khor on Sunday. And what better symbol than to hire Morgan Freeman, the spokesperson for the United States bid defeated by Qatar, to be the narrator of this opening ceremony?

Fans leave the stands after 30 minutes

“With tolerance and perspective, we can live together,” said the American actor from the lawn of Al-Bayt Stadium. A phrase that echoes the theme of the first day of the group stage imagined by Fifa, “Football Unites the World”. The captains of the Qatar and Ecuador teams, Hassan Al-Haydos and Enner Valencia, wore an armband displaying the formula.

The host country also did not forget to talk football during its opening ceremony. Before the closing of the show by the South Korean singers Jungkook and Qatari Fahad Al-Kubaisi, we saw the mascots of the last World Cups meeting on the lawn, images of the last competitions, before diving into this 2022 edition, whose first match therefore ended in success without forcing Ecuador against the host country (2-0).

Qatar is not a football country and it quickly showed on the pitch. The supporters’ kop, which was setting the mood behind the goals, fell silent after Enner Valencia’s early goal. Worse, it was almost emptied by half at halftime. Before that, several Qataris in traditional attire left the stands at Al-Bayt Stadium at the half-hour mark following Valencia’s second goal. The match eventually ended in an eerie atmosphere, with almost a third of the seats in the stadium left empty before the final whistle even blew.

“A very important moment in the history of Qatar”

Local audiences will eventually have more cheers for the big-screen images of Sheikh Tamim bin Hamad Al-Thani and his father Hamad during the opening ceremony. Alongside them were Gianni Infantino, president of Fifa, and Mohammed Bin Salman, leader of Saudi Arabia. Gérald Darmanin, Minister of the Interior, represented France for this opening match. For some Qataris, the result of the meeting did not matter. “It’s a very important moment in the history of Qatar, so it’s a pride to be here,” Abdulrahman assured us before kick-off.

“I wasn’t going to miss this moment for anything in the world,” Abdullah, a 20-year-old Qatari, told us. The latter, “arrived late”, will have attended the match but not the opening ceremony. In fact, we could have missed the latter ourselves. Because welcoming 60,000 people, entire lines of cars and 4x4s in a stadium located in the middle of the desert, is a challenge that the small emirate is taking up for the first time. “To be honest, I was not sure that Qatar would succeed in organizing the World Cup,” Abdulrahman told us.

As big as Île-de-France, Qatar has a month to prove it. A month where the country will live to the rhythm of the round ball, until the final on December 18. In recent days, the city of Doha has been on the clock for the World Cup with the gradual arrival of foreign supporters. The rally desired by Qatar is underway. The World Cup is on.

“It will take decades to clear everything”: in Ukraine, painstaking work to neutralize the explosives that litter the liberated territories