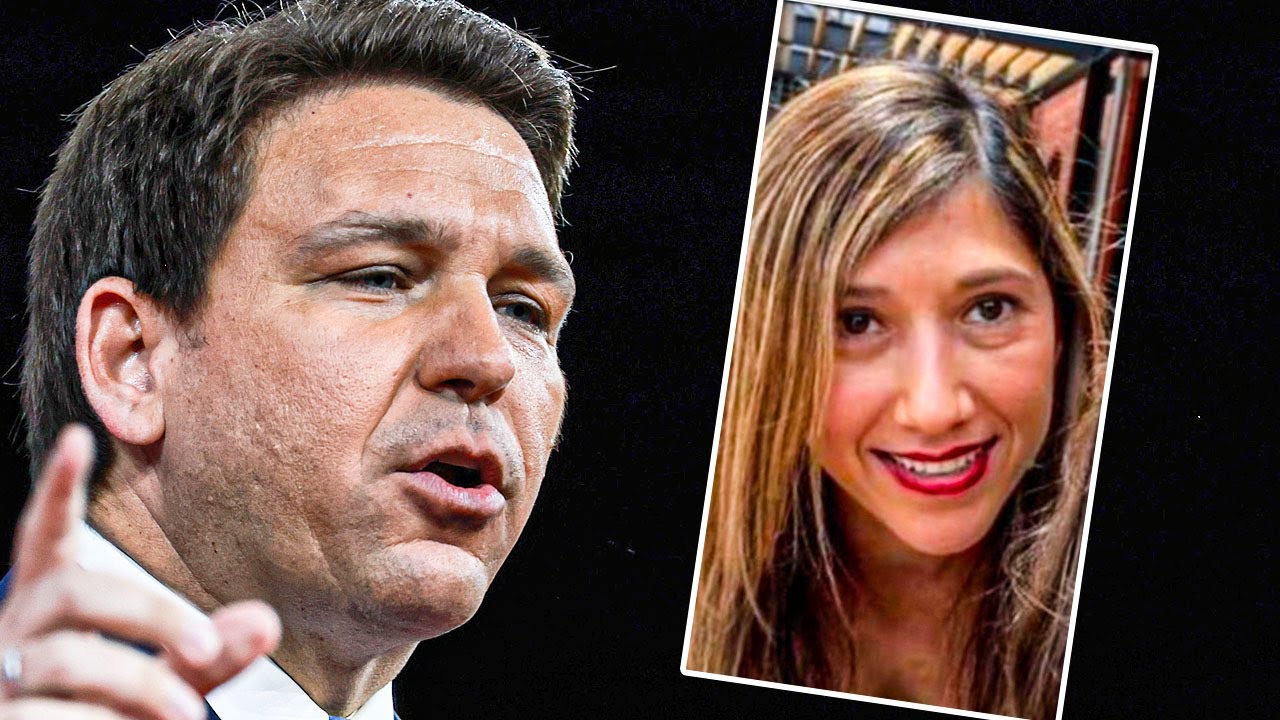 The League Of United Latin American Citizens is offering a $10,000 reward for anyone that can locate Perla Huerta, the woman that lured the asylum-seekers onto the flights to Martha’s Vineyard. The woman was fully identified this week, but no one seems to know where she is right now. She is the key to getting information about what all transpired, as Ring of Fire’s Farron Cousins explains.

The League of United Latin American citizens has put out a $10,000 reward for anyone that is able to locate Perla Huerta. Now, in case you haven’t been following along with the developments, cuz obviously there’s a lot of news happening this week and you know, Ron DeSantis migrant flights aren’t exactly at the top of that list anymore.

Perla Huerta has been identified this past week as the individual that rounded up the migrants that recruited them onto the planes that DeSantis paid for to send them from Texas to Martha’s Vineyard. She’s the one according to the people who were actually, you know, recruited by her. She’s the one who lied to them, got them on the plane on false pretenses, gave them those little flyers, gave them her phone number and said, Hey, when you get there, if you’ve got any problems, gimme a call.

And then they get there, they got problems, she doesn’t answer the phone anymore. And again, she was identified as Pearl Huerta, a a 20 year Army veteran who actually served as a counter intelligence agent in the United States Army. She lives in Tampa, Florida. But apparently even after all that, nobody’s been able to find her kinda like she disappeared. So League of United Latin American citizens says we will give somebody $10,000. You can find this woman for us.

So there you have it folks. I, they got a lot more to talk about, but I just want everybody to be aware. $10,000 give the location of Pearl Lahuta. It’s that simple. It’s easy money if you know her. But here’s the thing, this is more than just needing a reward. Perla Huta is at the center of all of this, okay? She was obviously hired by somebody to do this, to put people on the planes that Ron DeSantis paid for.

So if she’s working the plane that DeSantis paid for, it stands to reason that somebody within the Florida government paid her or at least recruited her. And she is the person who knows all of these details. She knows who made the flyers that are filled with lies that basically lured these people there under false pretenses.

You know, with the kidnapping part of it, she knows who was involved in the Florida Governor’s office. She knows if any Texas officials were also involved. So here’s my idea, Pearl Lata, you want $10,000? Make a phone call to that group. Tell ’em right where you are and that you also want the reward. And then after you make that phone call, I suggest you call the sheriff’s office in Texas, in, in Bear County and say, I wanna make a deal. I want immunity. And in exchange I’ll

Give, give you everybody. Now I don’t condone what you did and I wish you would pay a price for it, but if, if you can give up everybody else that was involved, names, dates, places, people, everything, I think they should cut you a deal and lets you off. Cuz if not Perla, you know what happens? You’re retired from the US military, you go to jail, you lose all that forever. It’s gone. Everything you worked your whole life for disappears in an instant. Is that what you want? Or do you want $10,000 free cash and possible immunity by giving up everybody who made you do this? The choice is yours. And yes, there’s only one right answer.